"Her voice is one you remember...it soars, spirals, rocks, drops, calls to a lover, tells a story, growls the blues, cries. If (respected Florida artist) and Phoebe Snow had a love child, and that baby was raised by Tracy Chapman, it might sound like this woman." Peter Guinta, staff writer, Saint Augustine Record

"She has a unique ability to tell a story, as though it were the first time ever told, with every song she sings.” Carol Elliot, First Coast Entertainer Magazine

"An incredible work of artistic accomplishment...the Cd shows all the ranges, styles, and in a word, versatility of this seasoned entertainer, and gives an insight into the depth of the person creating the sounds." Carol Elliott, Entertaining U Magazine, Jacksonville, Florida

"I was immeasurably impressed by this album. From the production, to Roth's Guitar and voice, to the instrumental arrangements, to the songwriting; it is wonderfully done." Rick de Yampert Daytona Beach News-Journal

" 'like the david' is a work of great scope, moving effortlessly from style to style - elements of folk, jazz, rock, funk, classical, & more ... From the opening somber strains of "The Fire" and the mournful "Plato's Regret" to up-beat numbers like "My Baby Keeps His Cool" and "Get It Right", both of which feature a rockin' horn section, Elizabeth displays a mature, urbane, & elegant approach to composition that features touching melodies, surprising modulations, and wonderful lyrics that will, over the course of this CD, pull on every emotion. David McLean, Tinfoil music 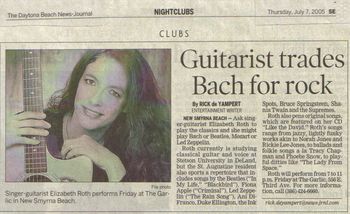 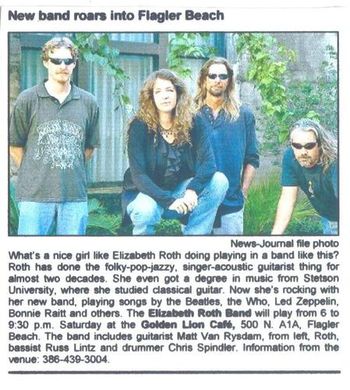 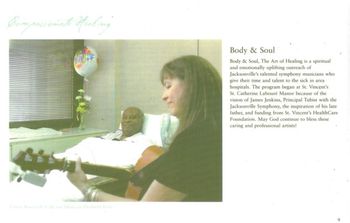 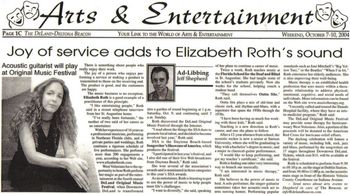 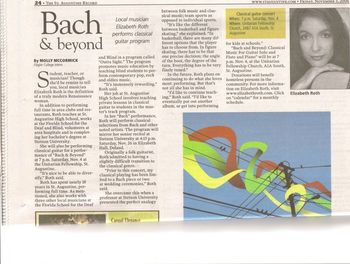 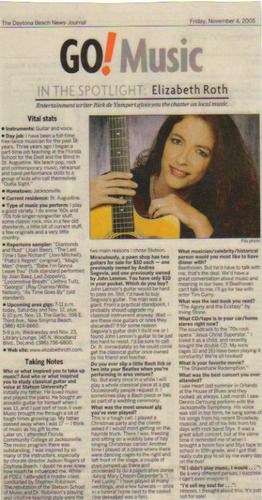 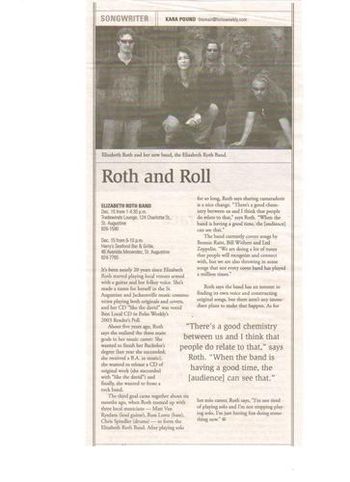 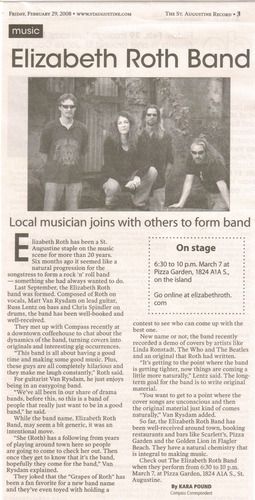 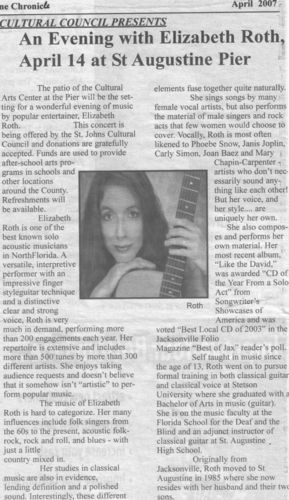 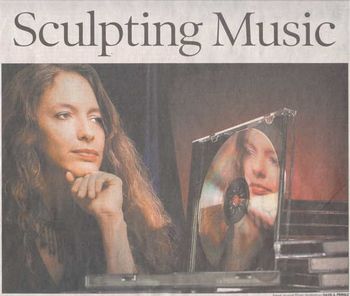